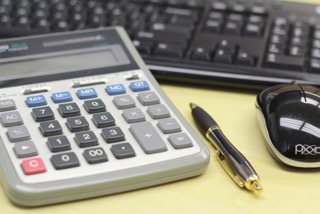 Since the release of the last federal budget there have been many stories in the media about proposed tax changes. As we settle into the peak month for preparing tax returns, it is confusing to know which regulations are still in the discussion stage, and which are actually happening and relevant to the filing of your 2015 tax return.

Here’s a quick guide to some of the tax regulations that impact the majority of Canadians this year:

If you have children to support and you were claiming the child tax credit, worth approximately $337 per child, it’s gone.
In your 2015 tax return, you must pay tax on the new Universal Child Care Benefit (UCCB) you began receiving last summer. The UCCB refers to the $160 a month you get for every child under the age of six and the $60 a month for children aged six to 17.

In families where the parents are married or common-law partners, the partner with the lower income should claim the UCCB. Single parents can record the UCCB as income for their child and claim the child as a dependent.

In previous years, you could claim a maximum of $1,000 each year per child. That claim has increased to $8,000 for a child under the age of six, $5,000 for a child aged seven to 16, or $11,000 for a child with a disability. The lower-income earning spouse can claim this deduction.
Make sure you have receipts for this.

If one spouse earns more than another, the higher earning spouse in a couple with children can transfer up to $50,000 of income to the lower-earning spouse. This is good for a tax credit up to $2,000.

This split is not useful to people who are single parents, have no children, or both earn about the same amount of money.
Tax-free savings accounts claims about to change

In your 2015 tax returns, the contribution limit for your tax-free savings accounts is $10,000. Be aware that this is for this year only. The federal government has already made it clear that will be reduced to $5,500 next year.

Tax rate changes mean you may want to withhold a deduction

To keep the most income, plan ahead

As a certified tax specialist, I know how confusing tax regulations are for many people, and how difficult it is for people to stay up on all the changes each year.
I also hate to see them forgo refunds they could have legitimately claimed had they been aware of changes and planned ahead.

Tax planning is not something you should be thinking about in April and forgetting the entire rest of the year. Those who keep the most of their hard-earned money are smart about their tax planning, starting their planning for the next year as soon as they file the returns for this year.

Certified professional bookkeeper and certified tax specialist Elena Ivanova is managing director of Piligrim Accounting Inc., a national accounting and tax preparation service based in Richmond Hill, Ont. You can reach her at info@piligrim-accounting.com.