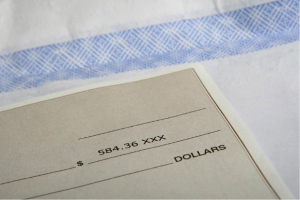 If you are one of Canada’s 300,000 public servants and were impacted by payroll problems caused by the federal government’s Phoenix pay system in 2016, you may get a headache even thinking about this tax season.

By last summer, the government acknowledged that more than 80,000 workers were being underpaid, overpaid, or not paid at all because of glitches in the system. Some have still not been resolved.

As a certified tax specialist, I have been consulted by a number of public servants worried that overpayments will push their taxes owing higher in 2016, and others are worried that lump sum
payments they received in 2017 for work done in 2016 will plague them at tax season next year.

This is not a new problem. In 2015, according to figures from Public Services and Procurement Canada, about $78 million in overpayments were made under the old system. In 2016, that number jumped to $140 million with the new Phoenix system rolled out in February of that year.

The vast majority of these overpayments were caught before Dec. 31, 2016 and are not appearing on tax slips. But there are still thousands who are wrestling with this issue.

On the Canada Revenue Agency website, people who were overpaid will have to file their taxes as usual. Amended tax slips will be issued with corrections and if you have already filed your taxes, they will go to the CRA.

To sum up the situation succinctly, Canada’s employment income system (T4) is based on the actual amount paid by your employer and received by you within a calendar year.

What that means is that the total amount you were paid by your employer last year is the amount you need to report as income on your 2016 T4, regardless of whether it is a lot lower or higher than it should have been.

However, if you had a pay error throughout the year and it was corrected (the government paid you the correct amount if you had previously been overpaid, or you refunded the money back to your government employer if you were overpaid, and you received a revised T-4 slip, you will need to include that with your tax filing.

What I mean by an overpayment is in instances where you were paid twice, for example, or you were paid a higher salary than you earned.

If you received only emergency funds but not your proper salary for several months in 2016, but the amount owed was only returned to you in 2017, that will affect your income tax.

You will end up paying less tax in 2017 because your actual income was much lower than usual in 2016. But you will pay a lot more taxes in 2018 when the money comes in.

However, keep in mind that if your employer paid you some compensation to cover a financial loss you incurred directly because), that compensation is not taxable.

The Canada Revenue Agency is advising people who have questions regarding the preparation and filing of their T4 who were or are being paid by a department served by the Public Service Pay Centre in Miramichi to call the Public Services and Procurement Call Centre at 1-855-686-4729.

The important thing to remember is that if you were impacted by the Phoenix payroll issue, you are still required to file your personal income tax return by April 30 to avoid a late filing penalty and interest charges.

However, if you or your spouse had self-employment income in 2016, your tax filing deadline is June 15. Keep in mind, however, that if you have a balance owing for 2016, that amount must be paid by April 30.

Certified professional bookkeeper and certified tax specialist Elena Ivanova is managing director of Piligrim Accounting Inc., a national accounting and tax preparation service based in Richmond Hill, Ont. You can reach her at elena@piligrim-accounting.com .