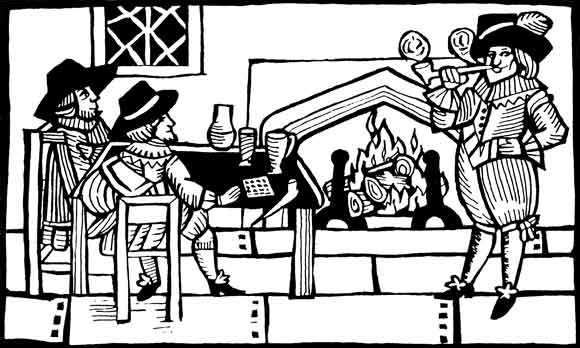 The Hearth Tax was established in England in 1662. The reason to tax each hearth in the house than people was because it was easier and faster to count.
The tax inspectors bypassed all the houses room by room in search of the hearth and collected 2 shillings per year.
These inspections were entrusted to the private collectors, which were called as “pipe makers” by taxpayers.
Only very poor people, industrial hearths, hospitals and alms houses were exempted from this tax.
There was a typical situation when the owners of the house in order to avoid paying this tax stopped up their chimneys so that the hearth wouldn’t be usable and they will not be obligated to pay the tax.
The Hearth Tax was abolished following the Revolution in 1688 and the lost income being replaced by the window taxes.