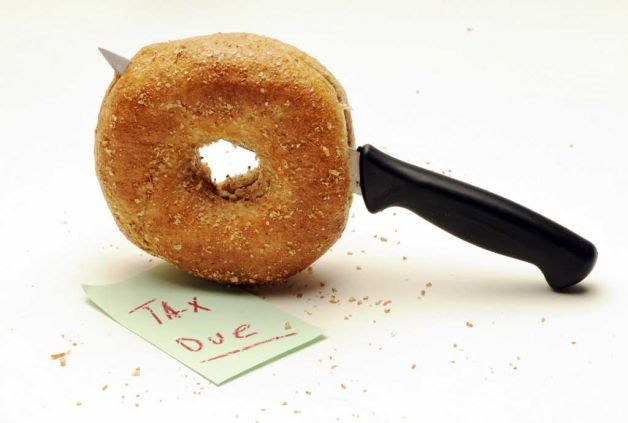 New York City placed a special tax on prepared foods, so sliced bagels are taxed once as food and again as prepared food, thus creating a sliced bagel tax.
Тhe vendors that sell bagels, which traditionally eaten by many New Yorkers, should levy tax. But not always. If you agree to have Breakfast with the whole bagel, not going to be taxed.
But if you want it cut, even without having to spread butter or cream cheese, you have to pay a few cents more.
If bagels are ordered with a filling, for example, with cream cheese and smoked salmon then the tax charge should be.
The fact that, according to the new York Department of Taxation and Finance, sliced bagel, even without oil, is ready meal, but uncut bagel is not considered as a ready meal, and therefore, the tax did not apply to it.
More confusion has been the rule that traders need to tax even the uncut bagel, if the client eats it in a diner.
To avoid paying an extra 8 cents on your morning meal, take it out of the store to slice and eat it anywhere elese.